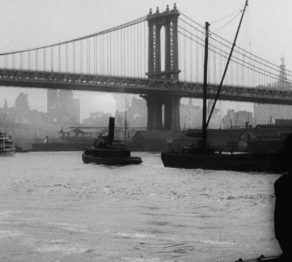 The Museum of Modern Art recently added a short film, “New York 1911,” to its website, where it’ll be available through July 14. The nine-minute silent film documents a day (or more) in the life of New York City circa 1911, with surprisingly clear black-and-white footage showing a city on the cusp of change. It was filmed by Svenska Biografteatern, a Swedish company that, according to MoMA, traveled “around the world to make pictures of well-known places,” including Niagara Falls and Paris.