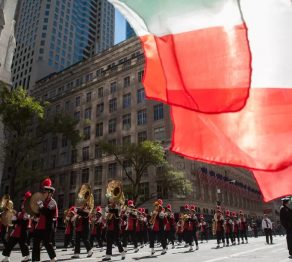 For the 73rd year running, the annual Columbus Day Parade—which bills itself as “the world’s largest celebration of Italian-American culture”—will march up Fifth Avenue today, with the parade kicking off at 11 a.m. in Midtown, and ending around 3 p.m. on the Upper East Side. More than one million spectators are expected for the event, which also includes performances on a bandstand around 67th Street. This year’s grand marshal is Leonard Riggio, the chairman of Barnes & Noble.