Guide to combining two apartments into one 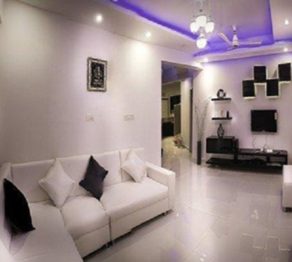 People who live in apartments know precisely how to deal with small spaces. According to Joan Brothers, the President of Manhattan Boutique Real Estate, “In NYC, it is very common and opportune if you can for owners to join apartments for numerous reasons. Maybe the owner has an expanding family or maybe they need that “man-cave or she-shed”. Whatever your reason is, we have a few important tips on combining two apartments into one right here!

Should You Do It?

When you begin preparing to make an extensive and complete renovation to your apartment – such as combining it with another one – there are definitely a lot of things to consider. You will need to deal with many chores, like finding the very best contractors or finding a place to keep your stuff while the renovations last. But before finding the best storage for your needs and looking up handymen on Yelp, you should think about whether it is a good idea to do this in the first place. And when there’s a big decision to be made, there’s nothing better than a pros and cons list. So, let’s dive into one right now.

Pros of Combining Two Apartments into One

Firstly, you won’t have to move out of your neighborhood, or even look for a new building. In terms of the adjustments that you and your family would otherwise have to make, this is pretty ideal; you get all of the amenities and neighbors you’ve had before, but with a bigger apartment!

Also, if you’re definitely purchasing a new place, buying a small adjacent apartment and renovating it is probably more financially sound than buying a new, bigger unit; that one would probably need some renovations to suit your tastes as well. Plus, with the latter, you’d also have to hire a moving company like Manhattan Movers NYC – and quality movers aren’t always cheap.

And speaking of NYC, remember that this is the Big Apple we’re talking about. Let’s be realistic – in a New York environment, having a bigger apartment is easier said than done. But if you do manage to pull off combining two apartments into one, you’ll be amazed at the liberating sense of spaciousness. When you’re surrounded by smaller living units, you’ll definitely feel like your living arrangement is a cut above the rest. Plus, with the combination of two horizontal apartments, you’ll definitely feel like you’ve got all the privacy in the world; forget the days of noisy or nosy neighbors!

On the other hand, depending on the layout of the two units, you may not have spaces that are easily conducive to becoming a flawless new apartment. For example, you might have bedrooms near your kitchen or awkwardly-shaped hallways.

Another aspect that can present an issue is that your building’s board might not be thrilled about you having such a high ownership percentage, because it concentrates decision-making power in an individual’s hands. Thus, they could turn out to be difficult during your approval process.

With such a project, you will also need to deal with additional taxes and maintenance; these combined expenses could turn off any future buyers because they might appear to be strangely high. Similarly, you will need to deal with the additional expenses for both of these apartment units while the renovations last, even though you practically won’t be able to live there.

Once you do decide to combine two apartments into one, you need to think about how you’re going to do it in practice. While having adjacent units opens up a wealth of layout options, there will still be some constraints. In any project of this sort, you will need to keep the following in mind:

Is The Combination Realistic?

Not every apartment building actually allows these kinds of combinations. And in the ones that are responsive to such an idea, we recommend bringing in experts to see if it is possible in practice. For instance, a structural engineer and an architect should have a look at both spaces, and determine whether what you want is practical.

And remember – your ability to change structural elements is limited by both the other tenants and the building requirements. Plus, the written building records are quite notorious for leaving out crucial elements of the composition of the building, so that’s something to keep in mind as well. If you want to knock down a specific wall, don’t think that you’ll be able to do so by default.

Is The Combination Vertical or Horizontal?

Generally speaking, horizontal combinations tend to be easier in practice. The reason for that is simple – in most cases, the combination could turn out to be as simple as tearing down a part of a non-bearing wall and creating an opening for a future door.

If you’re looking into a vertical combination though, know that these are far more difficult, because of all the different structural considerations to keep in mind, such as plumbing systems and electrical grids hidden in the flooring. And let’s not forget the fact that you’ll need a staircase as well, which will probably take up more space than you planned at the beginning of your renovation project.

Intelligent Use of Space

Speaking of space – remember that this project will require some smart spatial planning due to a number of different constraints. For example, in many buildings, you have restrictions on where you can place your kitchen and bath areas, with no “dry-beneath-wet” rules. To put it simply – buildings prefer that wet rooms are stacked on top of one another floor after floor so that any leaking damage can be easily curtailed and plumbing lines preserved.

If you’re dealing with such a rule, making dramatic changes to the layout of your two apartments to create a duplex many not be possible. Also, you will have to think about how you’re going to deal with the two cooling and heating systems. In older buildings, two apartments may not even share the same kind of system. The best thing to do in this situation is to replace both systems with a new unified one.

As you can see, while combining two apartments into one is not a bad idea, it’s definitely a complex one, and one that requires plenty of forethought. These are things you cannot bring to a close without professional help; at least not successfully. But with the right people guiding you through it, you could easily end up with a spacious two-sized apartment!