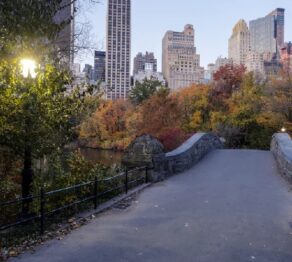 There are 1,600 cast-iron street lamps dotted around Central Park in New York City and each of them has a unique numerical code. The four-digit numbers are a way of orienting yourself within the park. The first two figures reference the nearest street number, and the latter two say which side of the park you’re on. If they’re odd, you’re on the west side. If they’re even, you’re east. Post 7258, for example, would mean you’re near 72nd Street, on the east side of the park. There’s even a rhyme to help remember the formula: “All the odd people live on the west side.”